The primary purpose of the intervention is to create a fusion between the BUILDING characteristics and the LANDSCAPE, through a polygonal compositional system that best fits to solve the relationship between the complex forms of nature, and the need to simplify the architecture, as happens in many natural compositional systems. The library is located in the natural environment of the park and is half-buried, with the intention of placing the new features that are required in a cut in the ground to preserve and give value to the existing green area. It defines an energy concept characterized by maximum containment with minimum environmental impact. The proposed solution is an element inspired by the own rules of nature, which binds to the nearby “Baita dei Alpini” , aligning itself to the lateral volume and proposing an arcaded front space as a continuum of urban facade. The initial idea, which is integrated into the natural environment, finds in this way the sought after urban relationship to the surrounding buildings. The internal layout is developed starting from the functional requirements outlined by the flow of natural light. 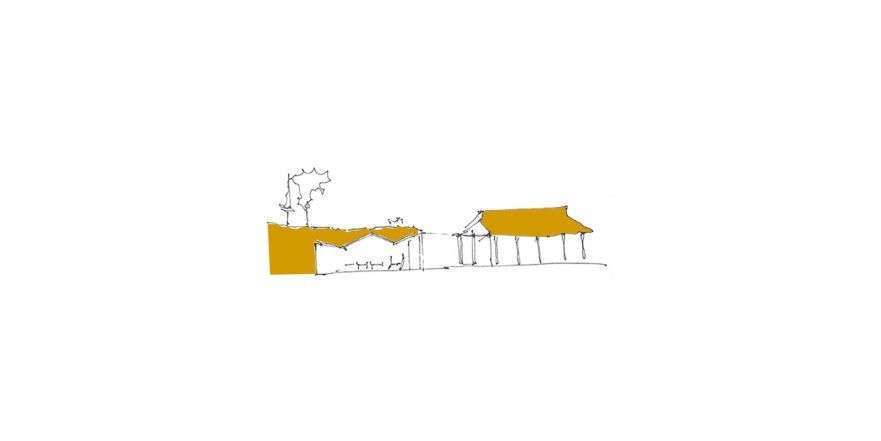 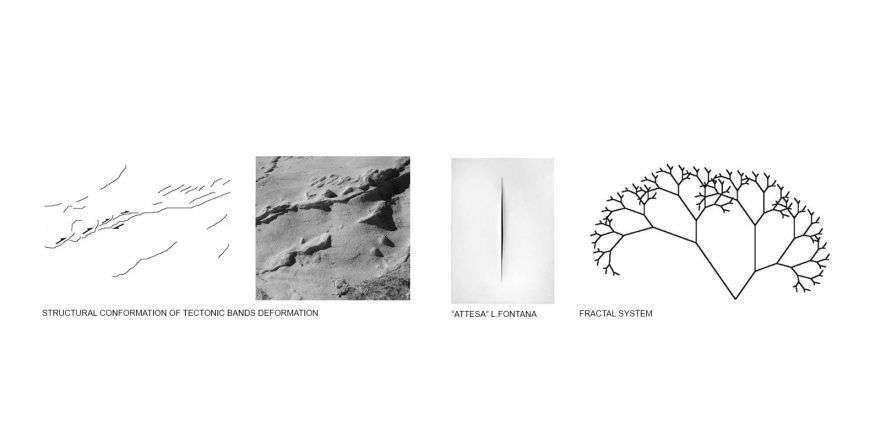 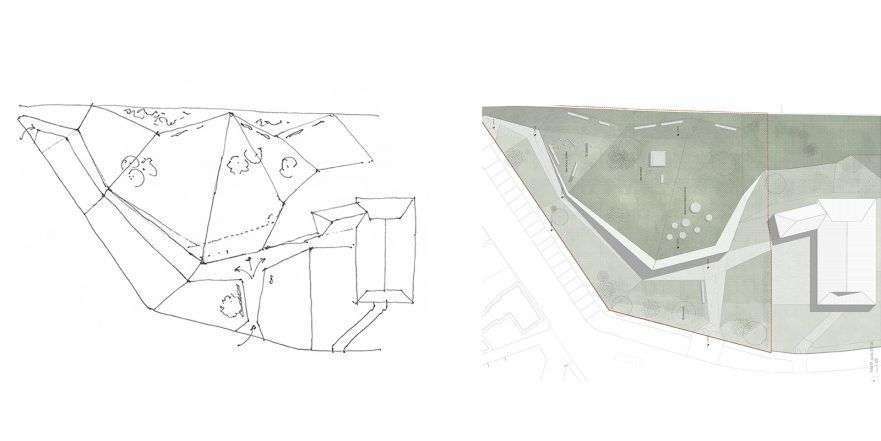 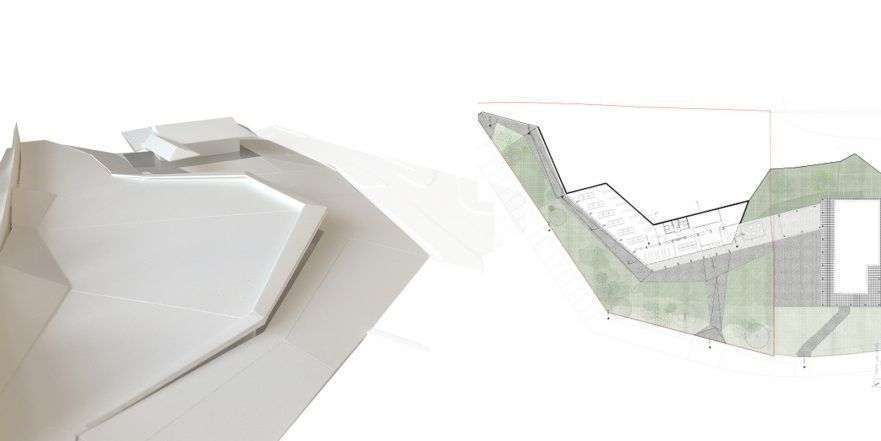 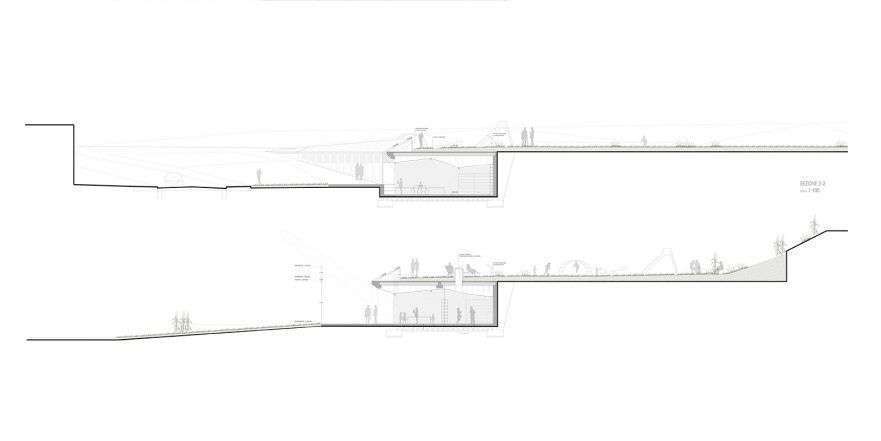 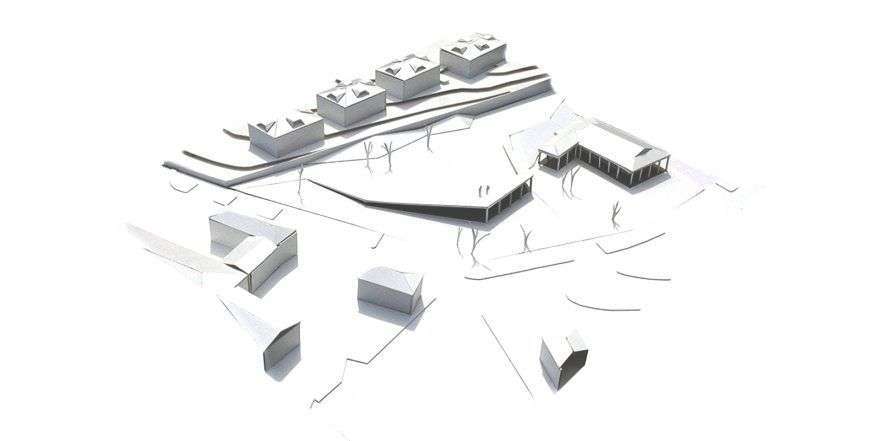 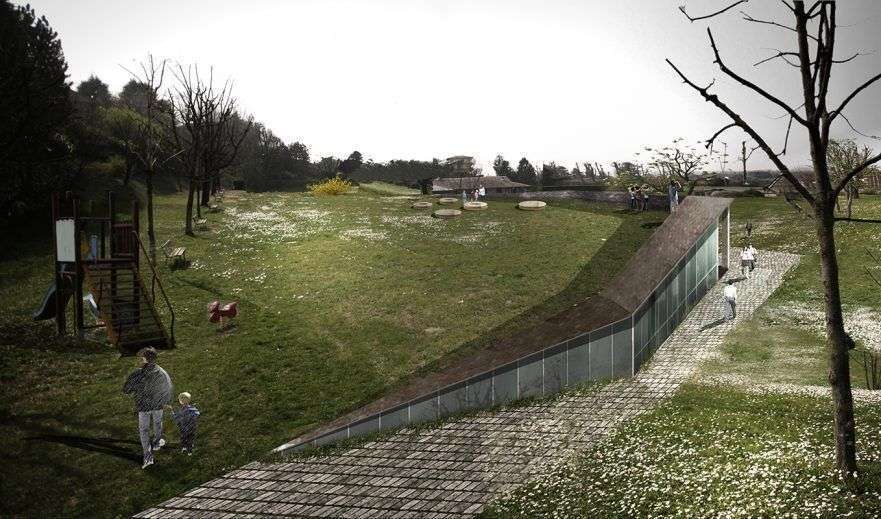 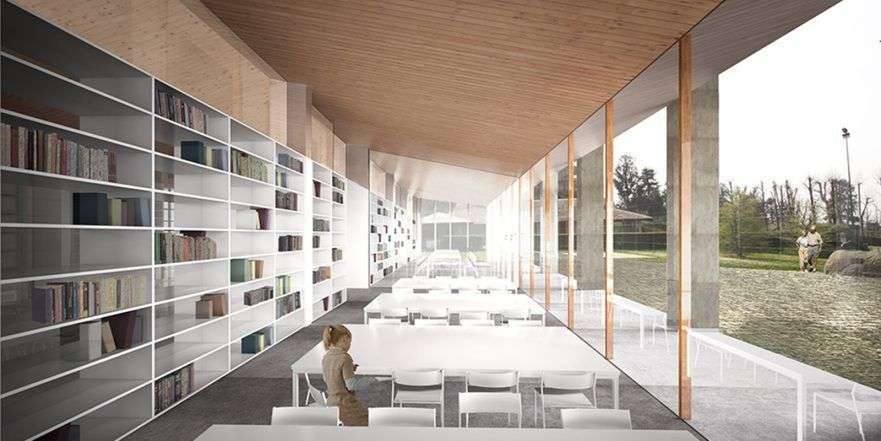