The location of Viadana, located in the valley of the river “Po”, influenced the choice of two relationships which established guidelines for the development of the project: the contemplation of the uniform horizon and the minimal contact with the ground often flooded over the centuries.
In trying to dissolve the building into the landscape, we proposed a cylindrical space, high above the ground, which from any point of view retains a constant and fluid perspective.
The project proposes that the three buildings required (music schools, auditoriums and commercial) are concentrated in this simple cylindrical element because as separate objects they would become small, with little character and isolated in a large territory.
Like many towns in the Po valley the proposal creates a public space around which all the above activities are developed. The buildings are arranged along the perimeter of the building and the boundary is defined by a subtle shade of vertical ribs that identify the different volumes and wrap around the indoor space.
This alternation of elements generates a visual extension between the inside and the outside without reaching full transparency. A “veil” creates tension between the building and its surroundings. 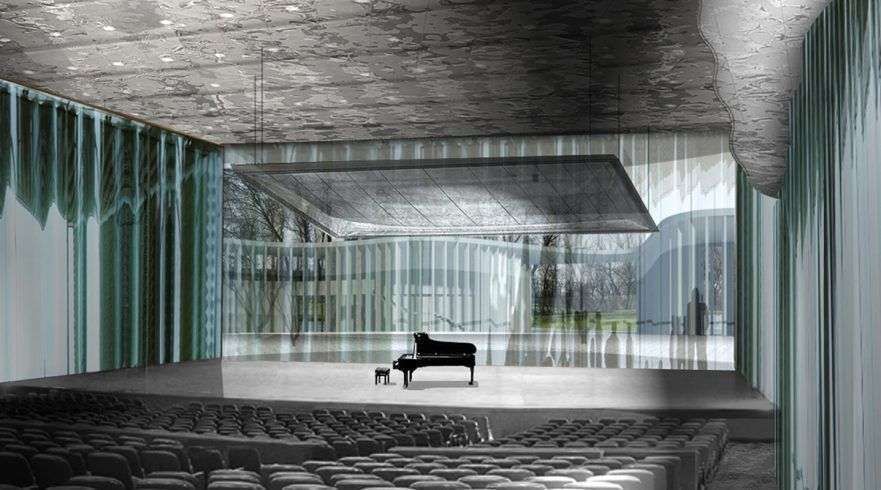 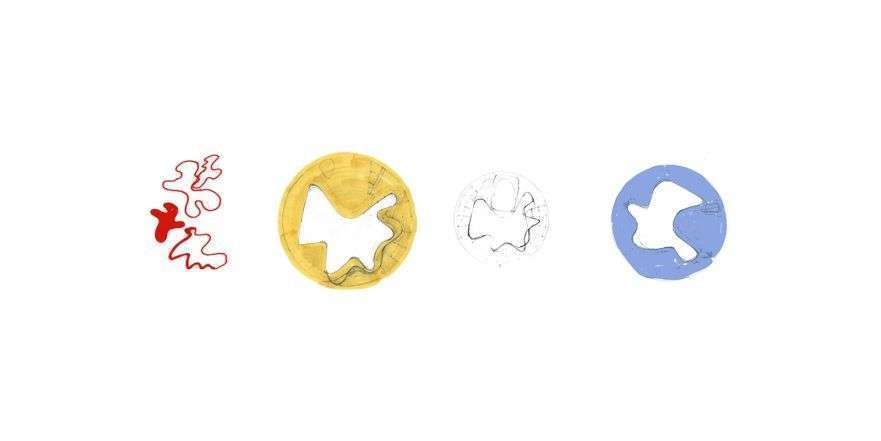 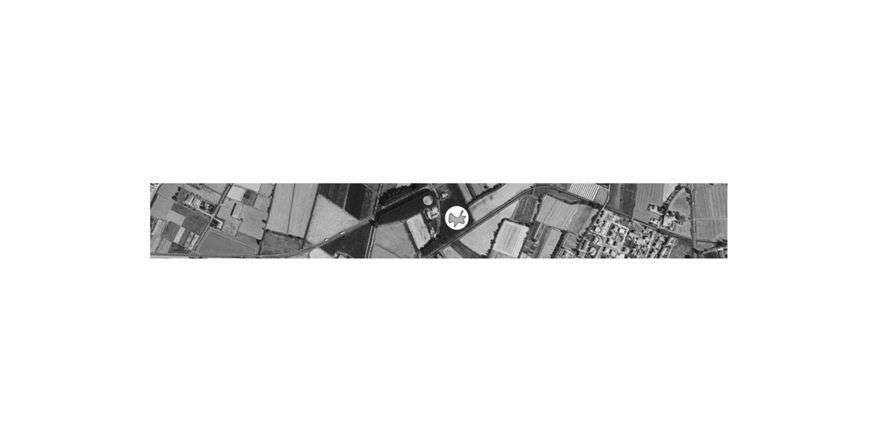 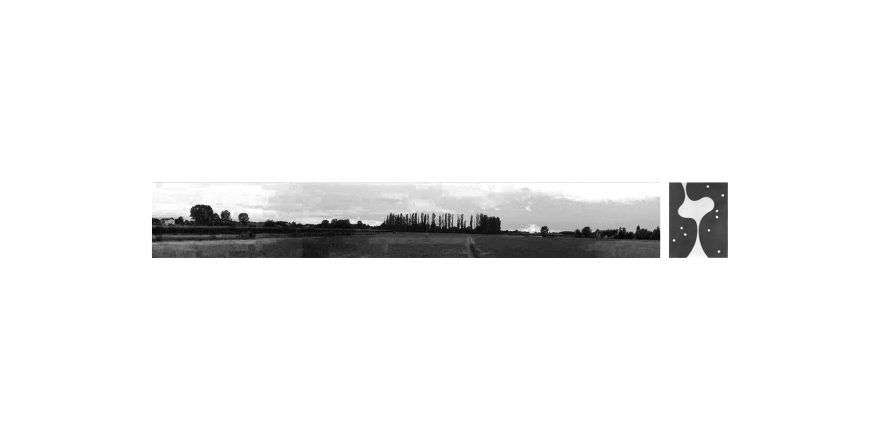 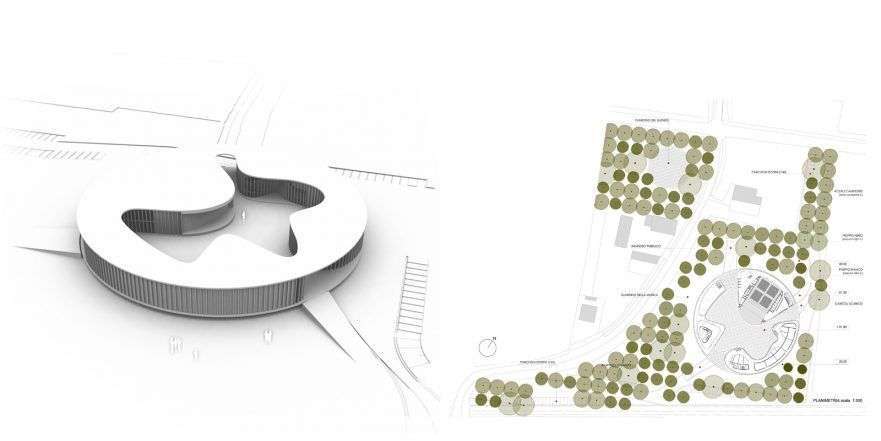 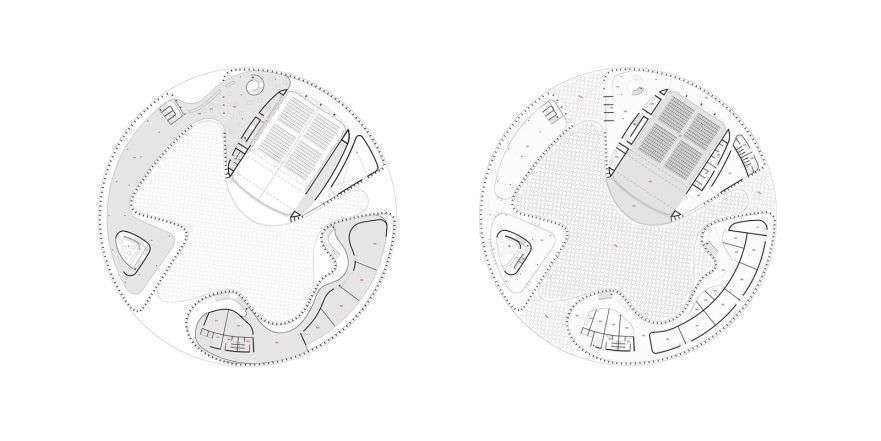 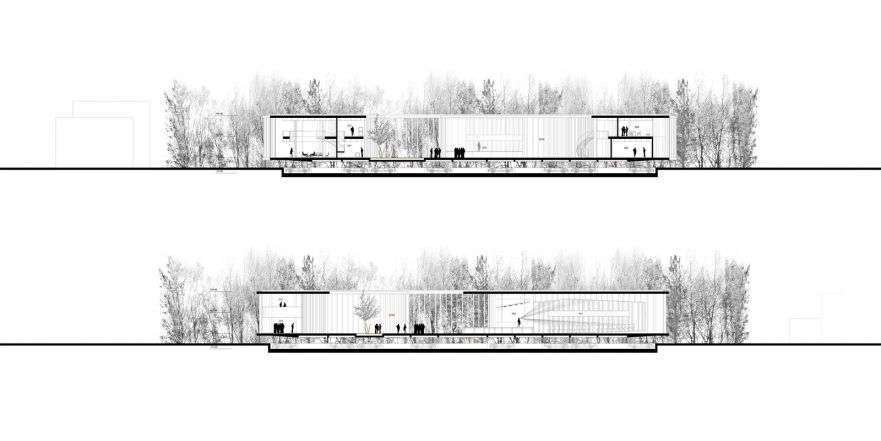 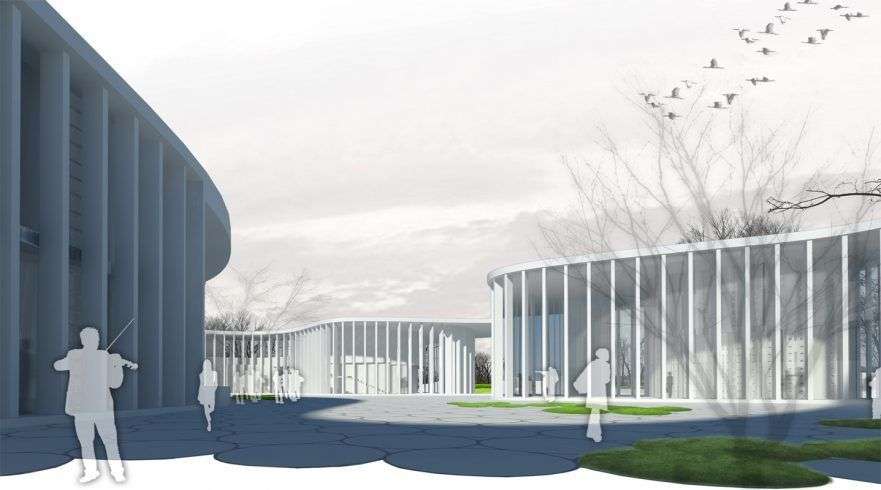